Jung Myung Seok served 2 distinguished tours of duty during the Vietnam War as part of the South Korea Army’s 9th Division (White Horse Division) 28th Regiment 3rd Company 1st Platoon 2nd Squad [Ref 1 (Scroll to bottom of page)]. After his first tour of duty, Corporal Jung Myung Seok was awarded the Citation of Distinguished Service in War (dated 1967 October 13) by the Commander of the ROK Army Forces in Vietnam and Chief of Staff of the ROK Army, General Chae Myung Shin. He also achieved the Hwarang Order of Merit and Inheon Order of Merit for his valor in combat and outstanding performance that contributed to the success of several operations. [Ref 2] 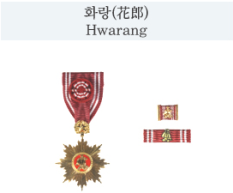 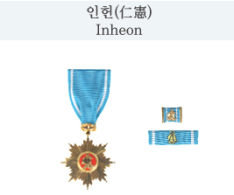 Enlistment and Deployment to the Vietnam War

Jung Myung Seok was drafted on 22nd February 1966 at the age of 20 years and 11 months.[Ref 3] He was then sent to the battlefields of the Vietnam War on 27th August 1966 with the 9th Division [Ref 4] , as part of the US-led coalition against the Communist North Vietnamese and South Vietnamese insurgents (backed by the Soviet Union and People’s Republic of China). 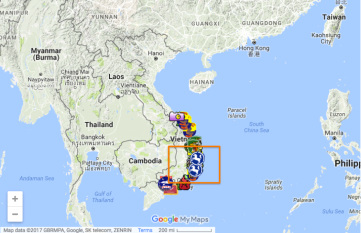 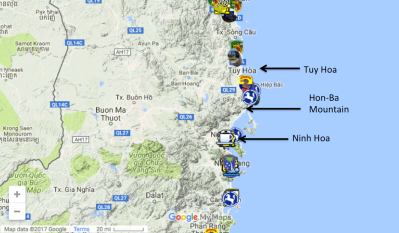 During his first tour of duty, Jung Myung Seok (Corporal)  was involved in operations such as the “Hong-Kil-Dong” Operations From 9 July to 26 August 1967. A few days before this operation, the South Korean 3rd Company had a skirmish with the Vietcong while retreating from Chai Mountain (Nui Chap Chai), North-West of Tuy Hoa, because the sun was setting. The next morning, the squad leader asked if anyone was willing to go the Chai Mountain to find any surviving Vietcong. [Choi 120] Most people wanted to avoid this dangerous mission, and eventually the Squad leader directed Jung Myung Seok and his comrade Corporal Yoo Gun Tae for this mission. [Choi 121] (Picture with Yoo Gun Tae)

In his own words, Jung Myung Seok described the miraculous experience.

“Suddenly, I heard that Corporal Yoo Gun Tae screaming out of nowhere, and after that strangely, there was no more sound. When I climbed up the rocks immediately afterwards, I could see that Yoo Gun Tae had fallen. It was strange that I did not hear any gunshot, and no object had moved. Then the moment I turned my body around, I saw a big tree in front of me, and I saw a muzzle behind the tree pointing right at my chest. All I knew at that point was that my heart stopped. At that moment, I realized that Yoo Gun Tae was surprised because he saw the muzzle first. The distance was only about 3m, so my life was in the enemy hands.” [Choi Pg 122]

“At that moment there was nothing I could decide, even if the world was in my hands. I knew that whether my life was going to be broken or not depended on how my enemy decided.

It wasn’t me that broke through this situation but God opened a path for me. The enemy was behind the big tree and watching me while pointing the gun at me, and if I moved I would not have been able to live. The Vietcong already knew that we were going to come here to confirm if there were any survivors.

At that time, I began to calling out “God!” without realizing. But there was not even a sound that came out of my lips, but it was only in my mind.

At that time, God’s voice descended from the heavens at a 45 degree angle and hit me as the target. The sound was powerful enough to shake all the earth’s objects and sounded like gongs that resonated heavily. But even when I heard the voice, and I received the answer that my poor body could survive, I thought how it was possible that I could go and love my enemy because I was Korean he was Vietnamese. [Choi Pg 125]

Then, I heard the voice from heavens again.

After hearing this voice three times, I looked a the Vietcong and suddenly saw the enemy as my sister who was in my hometown.”

Without a doubt, I 100% saw my sister Young-Ja’s face. I got up and ran towards Young-ja and hugged her. Later, I reflected that if I didn’t see the Vietcong as my sister, I would not have moved from that place and would have surely died.” [Choi Pg 126]

Later, Jung Myung Seok brought the Vietcong as a prisoner back to the camp and told his comrades not to harm the prisoner.

However, Jung Myung Seok later found out that Platoon Commander Son Seong-Jon had killed the prisoner cruelly with a claymore. Jung was so shock that he could not breathe. He then went talked to the commander.

“Why did you kill him?” Jung asked.

“Did you bring a prisoner and kept him alive? This is a war. Listen to me well. In the future, don’t think about bringing in prisoners otherwise I will kill them right here. That is how we will live. We have to kill them for us to live. You attending church and are a person of Jesus is a good thing, but this is a warzone! A warzone! Did you listen well?” Platoon Commander Son replied.

“Do you think you can do things as your heart pleases in this war zone? No matter how much of a person you are who looks for God, if the prisoner is dead means he is dead. Why are you talking so much? I will teach you one rule. Peace comes like this: You grab these enemy soldiers and “Bang!” that is when peace will come.” Son said as he motioned with the gun.

“I did not say anything from my lips about how this war would end, but one thing is clear. God is a God who controls even this war.” Jung replied. [Choi Pg 132]

Jung Myung Seok prayed for the dead Vietcong and made a cross on his grave. He cried for 3 days to the point others felt sad too. His comrade Choi Hee Nam described that others would have been like Platoon Commander Son, and not care for anything but their own lives. [Choi 136]

Saving a Prisoner during Operation Hong-Kil-Dong

On the 6th day of Operation Hong-Kil-Dong, Jung Myung Seok captured another Vietnamese prisoner who eventually provided intelligence that revealed the North Vietnamese 95th Regiment headquarter’s position. This allowed the South Korean forces to decisively shatter the headquarters and significantly contributed to the success of the Hong-Kil-Dong Operation. [Choi pg 40]

Jung Myung seok studied the enemy and knew that their M79 Grenade Launcher has to be used for targets more than 18m away in order to be effective. Therefore, he set up an ambush on an enemy who carried the grenade launcher in order to get inside the effective range. It turned out that the enemy entered ambush, and thus Jung Myung Seok was inside the minimum effective range of the weapon, and Jung was able to catch the enemy as a prisoner. [Choi Pg 38]

Initially, Jung Myung Seok faced resistance from his platoon commander and peers who wanted to kill the prisoner whom they had viewed as a burden to their resources. However, Jung did not want any killing because of his faith in God, and convinced his comrades and commander to keep the prisoner alive and get intelligence from him. [Ref 5] Eventually, his platoon commander (Choi Hee Nam) arranged for the transfer of the prisoner via helicopter to the South Korean 28th Regiment Headquarters, where he provided valuable intelligence.

His comrades testified of how Jung continued to be unwavering in his faith in God and his desire to save lives, even in the midst of war. This stood in contrast to the mentality of most other soldiers who believed that it was necessary to “kill or be killed.” Jung’s persistence eventually led to a resounding success which even Platoon Commander Choi did not expect. [Choi Pg 38] One of Jung Myung Seok’s memorable quote during the war was, “God is involved from beginning to end. Therefore, we must always be on God’s side.” [back cover]

Jung returned to Korea in mid September 1967, soon after the conclusion of the Hong-Kil-Dong operations.

Citation of Distinguished Service in War

After his first tour of duty, Corporal Jung Myung Seok was awarded the Citation of Distinguished Service in War (dated 1967 October 13) by the Commander of the ROK Army Forces in Vietnam and Chief of Staff of the ROK Army, General Chae Myung Shin. 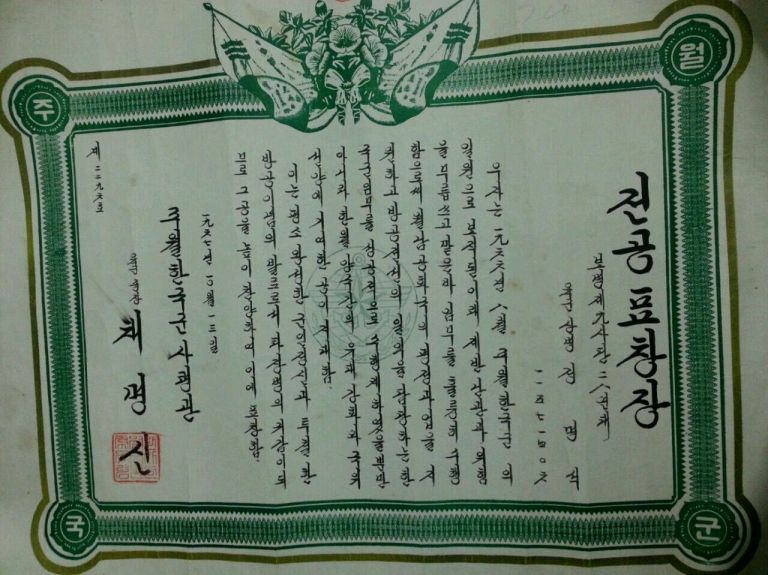 Severe losses in Jung’s Company after his departure

Sadly, after he left for Korea, his Company (3rd) suffered terrible losses, especially during the ‘Ninh Hoa battlefield’ period in October 1967 (refer to previous map). The Vietnamese military managed to enter Ninh Hoa and to established control, killing half of the men from the 3rd Company’s Firearms Platoon. Later, in the operations which started on 12 Feb 1968 at Hon-ba Mountain (Honba means “to be near the sea”), the 3rd Company 1st Platoon suffered 3 deaths. The next day, 3rd Company 2nd Platoon 2nd Squad’s Staff Sergeant got killed as well. As a result of these tremendous losses, the morale of Jung’s company was completely shattered during his absence. [Choi Pg 448-9]

Jung prayed for his company and assured them that with God by their side, the losses will be stopped, and that he will be returning to the Vietnam War. His platoon commander, Colonel (Retired) Choi Hee Nam testified that after Jung Myung Seok returned on his second tour of duty to Vietnam, the company’s fate was transformed. [Choi, Pg 360, 448]

Soon after Jung Myung Seok’s re-entered the Vietnam Warzone in Feb 18th 1968 , his company was involved in the 6th DDo Gae Bi Operation on 6th April 1968. In a miraculous transformation of its fortunes, the 3rd Company 1st Platoon achieved great military achievements without a single death or even casualty. [Choi 449] [Refer to website for Operation DDo Gaebi]

Jung Myung Seok ended his meritorious military service on 15 April 1969 [ref] without killing a single person, but captured several prisoners and protected his comrades valiantly. Above all, his commander and brothers-in-arms testified for his unwavering reliance on God that became a source of inspiration and healing for his Company and Platoon.

One thought on “Decorated War Veteran”