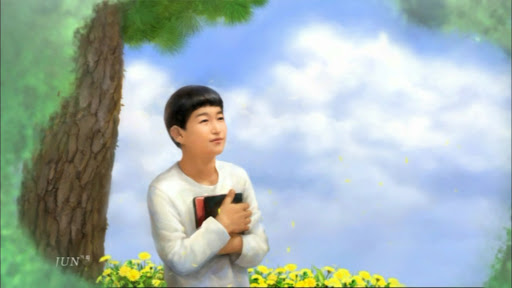 Coming from a humble background, Jung Myung Seok rose to the world stage as a decorated war veteran, award winning poet, best selling author, founder of Wolmyeongdong Natural Temple and President of CGM. Today, despite endless trials, he continues to dedicate his life for the work of God, Holy Spirit and the Holy Son.

He was born on 16 March, 1945 (3rd Feb Lunar Calendar) in Wolmyeongdong, Seokmak-ri, Jinsan-Myun, Geumsan-Gun, Chungchongnam-do, South Korea, at a time when Korea had just been liberated from Japanese occupation. Wolmyeongdong was a remote mountain village with only 5 houses. Jung Myung Seok and his family lived in poverty. He worked as a farmer and was afforded only an elementary school education (Jinsan Elementary School). In 1966, at the age of 21, he joined the South Korean army to serve in the Vietnam war.

Jung Myung Seok served 2 distinguished tours of duty during the Vietnam War as part of the South Korea Army’s 9th Division (White Horse Division) 28th Regiment 3rd Company 1st Platoon 2nd Squad, and achieved the Hwarang Order of Merit and Inheon Order of Merit for his valor in combat and outstanding performance that contributed to the success of several operations.

Jung Myung Seok made his debut in poetry in 1995, through the monthly “Literary Fiction.”  Poet Jung Myung Seok subsequently published five volumes of “Spiritual Poem.” In 2013, he won the national “The 2013 Most Beautiful Person” Seoul Literature Award alongside figures like then-UN Secretary General Ban Ki Moon. Ten of his poems were also listed in the “Korean Poetry Dictionary” (2011), which encompasses 3,500 poems that represent over 100 years of Korean poetry history since 1908.

Jung Myung Seok has been active in his artistic activities and exhibits his calligraphy and paintings under his pen name “Cheon Bo” in South Korea, as well as in England, France, Germany and Argentina. His artwork, such as Destiny, won plaudits from news media and people around the world. “Worldwide renowned, Choen Bo stands out among the artists of his delegation who show their paintings in Arteclásica 2011.” Clarin news reported. Additionally, Jung Myung Seok  was chosen by the organizing committee from among 3000 other artists from around the World as the ‘Representative Artist’ of the exhibition, while Destiny was selected as the representative artwork at the Arteclásica 2011.

Jung Myung Seok built the Wolmyeongdong Natural Temple, together with other CGM members, for over 10 years starting from 1989. Wolmyeongdong is located in Jinsan-myon of Choong-nam Geumsan-kun. In the early 1900s, the region was an abandoned remote mountain village that people rarely visited. Jung Myung Seok developed Wolmyeongdong, his home town, into a natural temple because he lived his life of prayer and studied the word here. Now, Wolmyeongdong is visited by hundreds of thousands of people annually and a natural resting place for all seasons.

8 thoughts on “About Jung Myung Seok”